Where did the week go?

Seems like only yesterday I told you about my new knitting bag ... but here it is Saturday again and a whole week has gone by. So what's up?

First, I went to the book signing last Satuday night at my local LYS, Seed Stitch Fine Yarn. The author of The Knitting Circle, Ann Hood was there. Nice lady, nice time and we even knit. Really!

Did I leave there without buying anything? Of course not. I admired a scarf made by one of the girls there ... Margie. Well she gave me the pattern and away I went with my shopping list. So of course the yarn jumped onto my needles by Sunday and guess what ... they cast off by Tuesday. Here's Margie's Lacey Scarf ... and the main feature of this scarf is Ozark Handspun! 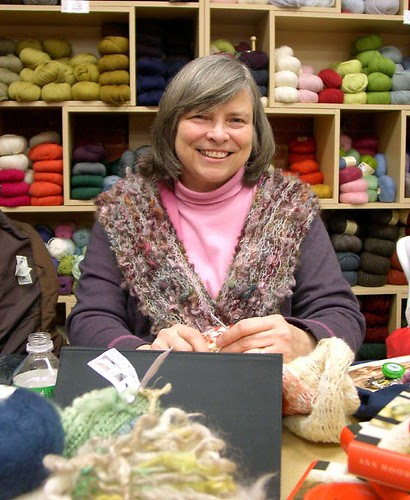 A wild and wacky scarf, huh?

And I received my winnings from Alabama Fiber Dreams

I won these from Shut Up, I'm Counting. So cool! Us knitters can't have too many markers can we? 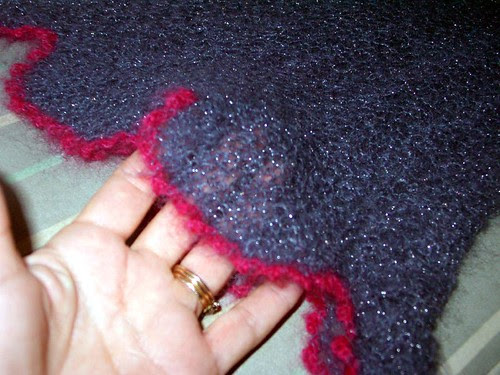 And what's that Raspberry edge along the bottom? Well let me tell ya ... 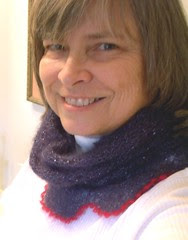 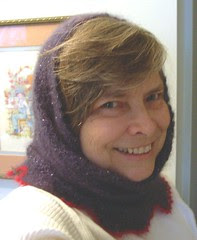 The yarn I decided to use is Rowan Kidsilk Night. A lot like Kidsilk Haze but with silver thread in it. It has sparkle and I wanted this for evening wear. Well honestly, I didn't even think to check the yardage, but when I was almost done and nearing the setup for the bind-off row, I knew I was running out of yarn and wouldn't have enough to do the first bind-off ... never mind about going back to the Provincial cast-on and binding off there.
That's when I compared the yardage of 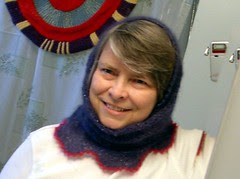 A 2 yard difference. A BIG difference when it comes to the Ice Queen because it takes up the WHOLE skein of Kidsilk Haze. What to do, what to do ... Okay, I'll knit one less set and skip a row in the set up for the 1st cast off ... but that doesn't quite make it either does it? I actually have to fudge the very last picot but ... "Who can tell?" Even I have trouble finding it now. Don't sweat the little things, I always say. I then took Raspberry Kidsilk Haze and did the bind-off with that on the other end as you see. What do you think?
Didn't come out half bad did it? 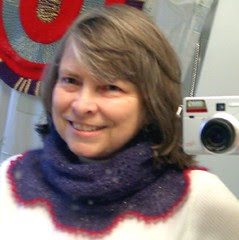 Well I recommend casting on with a Picot Cast On and not the providential cast-on. Why go thru all that trouble of going back just to pick up stitches and THEN cast off? And if you have trouble keeping your place on the cast of ... I recommend writing out each step in order to keep your place ...

And then you'll have a chance to note whether you'll have enough yarn and can make the adjustment near the end. I recommend just doing one less "4 row set" before the last few rows setting up the bind off.

And last but not least ... I'm preparing for birthdays coming up for the Grandchildren in March and April. Two in March. Jaydee's the youngest so I will make something for her ... a little Sheep maybe? Perhaps to go along with this book & CD I got for her?

I've got to go listen to a story ... catch me later!
Posted by Rhonda the Stitchingnut at 8:15 AM

Find Me on RAVELRY as

Rhonda the Stitchingnut
Salem, Massachusetts, United States
I've developed an obsession for knitting. Aren't I lucky? There's something nostalgic about knitting, something that ties us to a simpler time. So by choice, I've been stitching forever and ever and ever ... More about me? Well I learned to crochet from my great-grandmother when I was 10 years old but put it aside until I turned 19 and learned over again from a co-worker and books. Crochet was my passion for many years after that. I had learned to knit & purl from my mother when I was age 15. But she taught me left handed (I’m right-handed) so I was slow and I then put it aside until I was 23 when I retaught myself from a book to knit right handed and then knit two things for my new born. But once again I thought knitting was slow so I didn’t knit again until only 10 years ago. (I’m an old lady now) I’m serious about my knitting. VERY serious. I guess you could say I’m OBSESSED. So I’m happiest when I’m knitting or needle felting or crocheting! But I have also done cross stitch, embroidery, needle point, hand quilting, and sewing. I guess you could say I’m …. the StitchingNut.

Wool Loves to be Felt 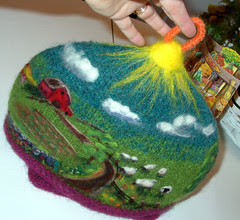 Visitors from around the World 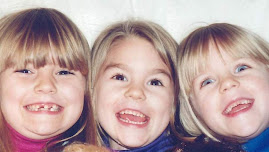 Blogs I Love to Visit (under reconstruction)

In my "Other" Library ... there are books to read!

"No, I was merely reading the Muggle magazines," said Dumbledore. "I do love knitting patterns."
from
Harry Potter and the Half Blood Prince.
~ She seeketh wool, and flax, and worketh willingly with her hands. ~ Proverbs 31:13

"Life isn't about how to survive the storm, but how to dance in the rain!" ~~ But Lord, please give me a waltz now and then okay? 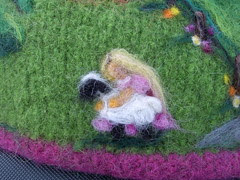